Informal cooking, with quality meats and in relaxed surroundings, where you can meet up with friends at any time of the day. That's La Pilla, the first project from Scottish chef Andy Bronson, who was trained in haute cuisine restaurants in England and France, and who took the leap to open his own place in spring of 2015 along with three other partners. This small corner of tranquility and great dining has been well-received in Chamberí, near Alonso Martínez.

Spread over two floors and decorated by one of its owners, the space is warm and cosy, with large windows and a spacious bar on the top floor, and downstairs there's colourful upholstery and discreet floral motifs, as well as a terrace that's always full in the evenings.

As for what's on the menu, which is marked by a noticeably Mediterranean essence with international touches, the meats are a highlight. Not only will you taste some of the best burgers in the city (the duck with foie is highly recommendable), but you can sink your fork and teeth into a singular cut – the Tomahawk. This is more than a kilo of beef served with its immense bone that nearly looks like the weapon that gives it its name. Definitely try the mussels in white wine sauce with chips, and leave room for one of their spectacular home-made cakes.

The kitchen is open all day, so you never have to rush in or out, and they do a weekday set lunch menú (choose between five dishes to start and five entrees, and two desserts, for €12.90, or €9 for the half menú), and there's a special Meat Lovers weekend set menú as well (€32). 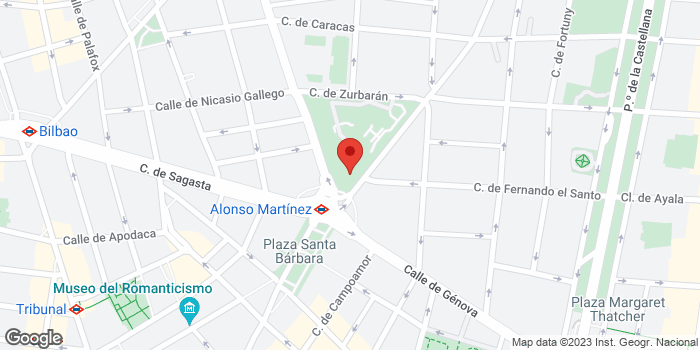 Mapa del sitio
© 2022 Time Out England Limited and affiliated companies owned by Time Out Group Plc. All rights reserved. Time Out is a registered trademark of Time Out Digital Limited.